..the diamond kitty has been dug into and emptied. Yet again!

Yet again it has been wiped off completely clean to buy those electronics that I just cannot desist. Did you notice the 's' at the end of electronic in the previous sentence? Yup, its not one but 2 things that has been bought. But yay!! I'm so happy and excited about it!! I just can't wait to hold it in my hands and just feel it. Ok..ok..you can stop those dirty thoughts right there!!

A cousin of mine is coming in early May from the U S of A and I asked him to carry this lovely camera as well as an excellent wireless router for me. Thanks a ton Pankaj!! I'm counting days to his arrival so eagerly that I can't just describe! Yeah I'm being a meanie sister and waiting more for my camera than for him. But at least I'm truthful about it so do give me those brownie points! 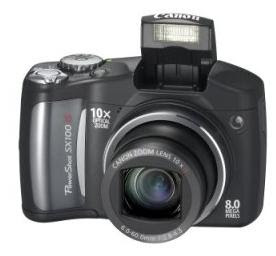 I was swaying between this Canon SX100 model and Canon SD1100IS model. They both looked pretty good to me. But each had few pluses and few minuses. SX100 was a bigger, heavier camera whereas the SD1100 was much smaller and compact. But then liked the 10x optical zoom in SX100 as compared to the 3x in SD1100. I liked the fact that there are manual controls in SX100 which I can play around but I liked the pre-loaded settings in SD1100. But in the end I gave away to this black beauty i.e SX100. Isn't it so sexy?

While he was at it, I asked him order a nice wireless router for me. Since he is pro at networking and et al, I left him to choose the model. And from what he says, its one awesome model. So no more tripping over netwrk cable, no more entangling of wires and I can just sit about anywhere and work on my lappy! 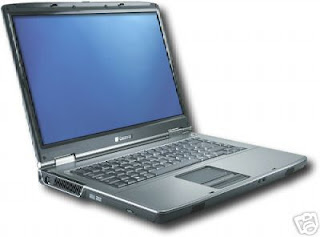 By the way, did I tell you I got a lappy in Jan this year? I did not?? How did I miss this big news?? Anyhow, its a Gateway model. Don't remember the model number but it has super duper specs. It came loaded with Vista. And I just love it. It was a gift from Hubby! So he kind of made up for all these years when he didn't get me anything for birthday or anniversary. Thanks chhona!

Email ThisBlogThis!Share to TwitterShare to FacebookShare to Pinterest
Labels: Electronics