Poppins and Meira both wrote to me that one of my posts has been plagiarised. Copied word to word and posted as own by one of the bloggers. I was surprised as well as amused. SO after asking Meira how she figured that out she told me how a very personal post written by Kiran was also copied by the same blogger and in one of the comments to Kiran's post she saw the link of my post. Someone had left both my link and the copied one as a comment in response to Kiran's post.

And frankly I've only one grudge against the person who copied my post. She had copied my post which was a total time-pass, fully-faltu kind of a post. So my post being highlighted in this fight against plagiarism makes a bit embarrassed. I've written much better posts and how I wish she had selected one of those :P

But must say, she did correct some of the mistakes that are there in mine :D

Jokes apart, I can very well empathize with Kiran for she had written that post from the deepest of her hearts for her hubby dear. If one of my personal posts had been copied I would have been completely outraged too.

Apparently a lot of her posts were copied from other bloggers. God only knows if it was just only a few posts that we managed to figure out or was the entire blog made up of posts picked up from other blogs.

All this makes me wonder why would anyone want to do it. It defeats the whole purpose of writing/blogging. Reproducing a post is one thing and copying and calling it your own is another.

I'm sure that person has learnt the lesson well and will be too scared to attempt something like this again :D
15 comments:

Common sense is REALLY not common at all

As I came out of office to leave for the day, the parking guy told me that the person who had parked the car in front of mine had not given him the keys. And he added the car owner told him that he knows me very well and he will let me know.

I was raving mad at the parking guy as well that car owner. After futile attempts at tracing the owner of the car for good 20 min, the parking guy managed to open the door of the car. But then that also didn't help as this guy had put a gear lock as well.

I blew up the parking guy once again. While I waited patiently, the owner of the car parked next to me came. And thankfully after some efforts I managed to take the car out.

But whoever owned that car will not be able to save himself from my ire. I'm gonna give him big bashing in "meethi chhuri" style.

I'm still so so so mad at this lack of common sense in that guy.

Its just that office has been really REALLY hectic leaving me no time for blogs. Be it reading or writing.

Even after coming back from work, I've at least one client call to take. Sometimes the number goes up to 3 calls in the evening. And the situation is such that Betu takes a status of all the calls scheduled for the evening when I pick him up from his daycare. And the big smile on his face tells how much he wants my time when I tell him only one call today.

But I hope to be back here soon. My reader tells me I've good 800 unread posts. I know time and again I have been away from blogging but then I've come back every time. Right everyone? :D So will it be this time too. I just need to figure out how.

Email ThisBlogThis!Share to TwitterShare to FacebookShare to Pinterest
Labels: Blogging

So I made that cake again yesterday and here is the pic of it :) 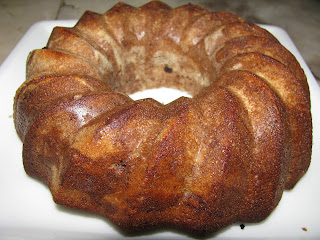 Edited to add: The recipe had been posted long ago here. I made 3 times the portions mentioned in the recipe.